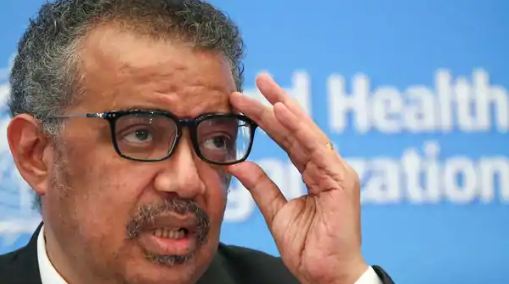 Most countries are still in the early stages of dealing with the new coronavirus pandemic, the World Health Organization said Wednesday while the global case count crossed 2.5 million, adding that most people on the planet remain susceptible to Covid-19.

“Make no mistake: we have a long way to go. This virus will be with us for a long time and can easily ignite,” WHO director-general Tedros Adhanom Ghebreyesus told a virtual press conference.

“Most epidemics in Europe appear to be stable or declining, although numbers are low we see worrying upward trends in Africa, Central and South America and Central Europe,” he said.

Tedros sounded a word of caution by saying that there are still many gaps in the world’s defences against the virus and that no single country has everything in place.

“We declared the international emergency at the right time when there were only 82 cases outside of China and no deaths and the rest of the world had enough time to respond,” Tedros added.

A WHO expert said that in Africa the organisation is seeing that number of countries are still seeing imported cases and that they haven’t reached a point where the disease has really taken off and reached exponential growth.

WHO executive director Michael Ryan said there has been an almost 250% increase in Covid-19 cases in Sudan in past week and nearly 300% increase in Somalia. “We are at the beginning of Covid-19 in Africa,” he said.

The remarks from WHO come at a time when the number of coronavirus cases in the world crossed 2.5 million and India has more than 20,000 cases.

Ryan also said that parts of Europe and North America have very intense series of outbreaks in long-term care facilities and that each country has to look at how to minimise them.

A WHO expert said a number of countries are seeing a resurgence again and that is because a large proportion of the population is susceptible.

This site uses Akismet to reduce spam. Learn how your comment data is processed.

Thank you for subscribing.

we respect your privacy and take protecting it seriously